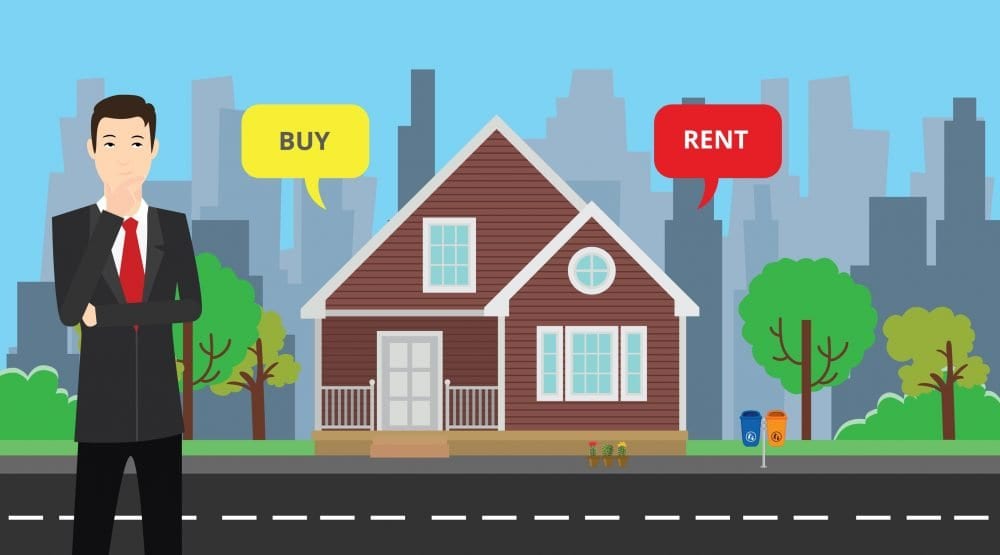 Kelowna is quickly becoming one of the most expensive cities to rent in Canada. It recently ranked the eighth most expensive city in terms of rentals in Canada, with single bedroom apartments renting out at just shy of $1000. Job creation has been an objective of the city, erecting modern buildings such as the new Interior Health building in the heart of downtown, which is rumoured to be creating over 800 new jobs, driving rental prices up as tentative employees flock to the city, despite rental rates hovering consistently at less than 1%.

The alternate option presented to aspiring Kelowna residents is to buy a home, which statistically proves to not only be more profitable, but in some cases, more affordable as well. Kelowna is seeing a rise in work & live construction, a blend of residence and lifestyle, with developments such as Sopa Square, and The Shore. These areas of Kelowna are a trendy blend of live and play, typically located in the Lower Mission area of Kelowna, and offer it’s residents not only a scenic area of town to call home, but also a stone’s throw from desirable amenities such as popular restaurants, bars, sports arenas and recreational centers. Because of the recreational offerings Kelowna has, trendy Microlofts are also becoming popular amongst new buyers, and builders are meeting the demand with a rash of new Microloft housing construction, trying to keep up with cities such as Toronto and Vancouver.

Kelowna’s popularity as a final destination is on the rise and investors are keenly watching. Why rent when you can own? Don’t struggle with high rental prices and a competitive market- become one of Kelowna’s prideful home owners by calling Rob Nelson today and ENJOY KELOWNA LIFE as an established member of our community.